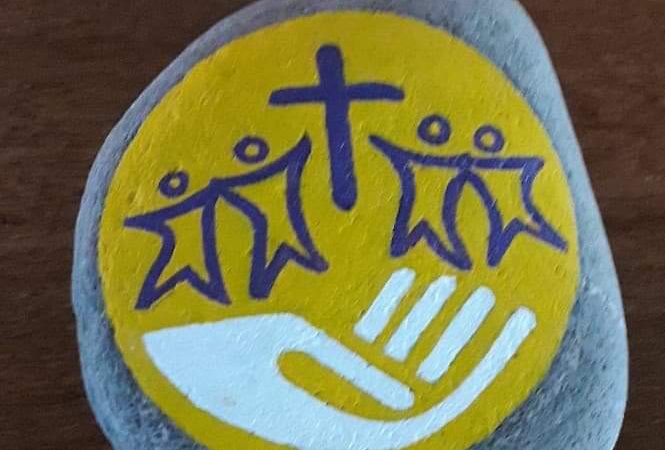 I want to begin by looking at what precedes this passage from Matthew’s gospel. In the two previous chapters we read the following headings: “Jesus heals a man with leprosy”, “ Jesus restores two demon-possessed men”, “Jesus forgives and heals a paralysed man”, “Jesus raises a dead girl and heals a sick woman” and “Jesus heals the blind and the mute”. And now our reading begins with these words: “Jesus went through all the towns and villages, teaching in their synagogues, proclaiming the good news of the kingdom and healing every disease and illness”.
What picture does this conjure up for you? Can you imagine what the atmosphere must have been like for those around Jesus? We can understand, can’t we, why people crowded around him. If you were ill or had a family member who was, you would want to bring them to this man who had the power to heal. If you weren’t ill, you would want to see what all the fuss was about for yourself. And we know that there were many in need. The next verse tells us that the crowds were “harassed and helpless, like sheep without a shepherd” and there were so many of them that Jesus describes them as a plentiful harvest. And his reaction was to have compassion. Jesus felt the distress of the people, his heart went out to them and he was moved by their plight.
Matthew’s gospel mentions the word compassion at least four times in relation to Jesus’ feelings towards other people. He felt compassion for the crowds who were hungry (14:14 and 15:32) and he felt compassion for the two blind men at the side of the road. (20:32).
But Jesus doesn’t stop at feeling compassion. He acts on it. He feeds the thousands and he restores sight to the blind and, in this passage which we’re looking at today, he prays for workers to reap the harvest, which is plentiful. He takes practical steps and he sends out his disciples to proclaim the message of the kingdom of heaven and to heal the sick, raise the dead and drive out demons. He gives them authority to continue his mission. He does not tell them to threaten anyone with God’s punishment but instructs them to show compassion and to show what God can do for them.

So, just as Jesus commissioned his disciples, he also commissioned us. In chapter 28 of Matthew’s gospel, after his resurrection, he tells the disciples – “go and make disciples of all nations, baptizing them in the name of the Father and of the Son and of the Holy Spirit, and teaching them to obey everything I have commanded you…..”
We are given authority to continue Jesus’ mission.
We may feel very unworthy or under qualified for this task! I know that I do. But we can take heart. Jesus didn’t send out those in authority, those who were already in positions of power or those who were the well-educated. He sent out a small group of twelve ordinary people; fishermen, tax collectors, even the one who was to betray him; a group of men all with their own shortcomings. But Jesus knew what they could achieve with the Spirit of God working through them. And, remember Jesus sent them out, at first, as a small group to the lost sheep of Israel. He didn’t send them out to try and conquer the world. It was a case of “think big, start small!” And Wow! Look what they started! Today millions of people all over the world worship and trust in God and follow a merciful Saviour.
I don’t know about you, but I often feel a bit overwhelmed when I consider the needs of the world; poverty, hunger, homelessness and sickness. It’s hard to know where to start or how to help. But maybe, just maybe, we’re right where God wants us to be. Our mission is right here in Walton and Trimley. We can be his disciples in our little part of the world.
So, I invite us all to ask ourselves – Where and who in our community is in need of Christian compassion and what are some of the actions, we can take to exercise compassion rather than just feel it?

During national lockdown we will continue to stream all our services as follows:

Sundays 10am –  via ‘Zoom’ with the chance for coffee and chat afterwards in smaller breakout rooms.

Wednesdays 9.30am – Morning Prayer via Zoom with coffee and chat afterwards.

To join in with the Zoom services, please contact Georgina via email: officemanager@waltonandtrimley.org.uk.